The seaside village of Esenguly, Balkan region, welcomed important guests today – the grand opening of the Children's Recreation Center took place here on Friday. It was built by the order of the district administration with funds allocated as a prize for the best district of the country at the end of 2018.

The announcement about awarding the Esenguly district in the amount of 1 million US dollars was announced in February 2019, and later the local authorities decided to invest them in the creation of a recreational area with an amusement park for rural children. 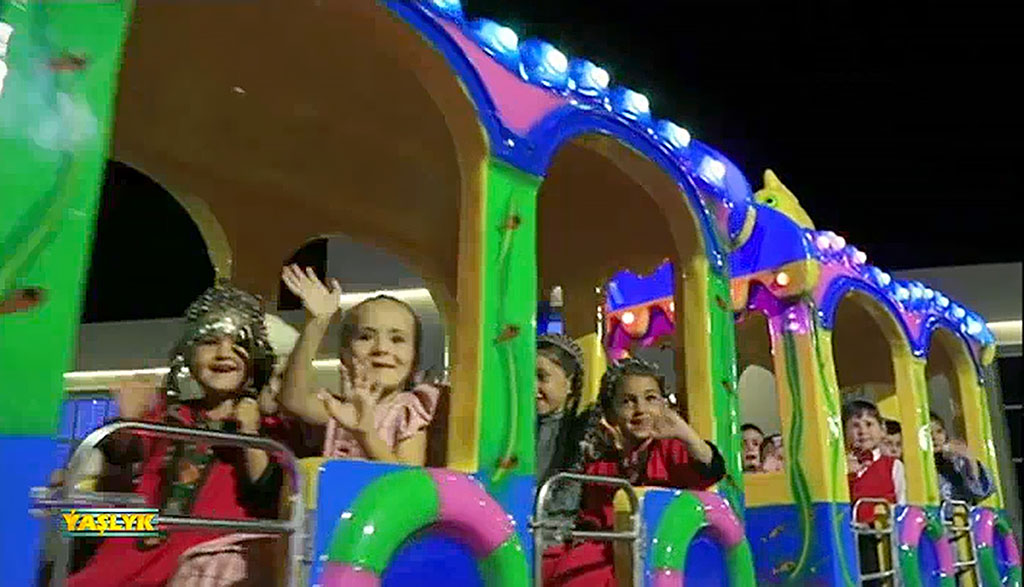 The new center was named "Descendants of Arkadag". The opening ceremony, which was commissioned by the President Serdar Berdimuhamedov, was attended by the Chairman of Mejlis Gulshat Mammedova, head of the Balkan Region Tanryguly Atakhallyev and other leaders.

On the occasion of the holiday, a concert of children's groups was arranged, and music, as well as dancing, drew both honored guests and local residents into a common round dance. Then the boys and girls began to explore the entertaining town. 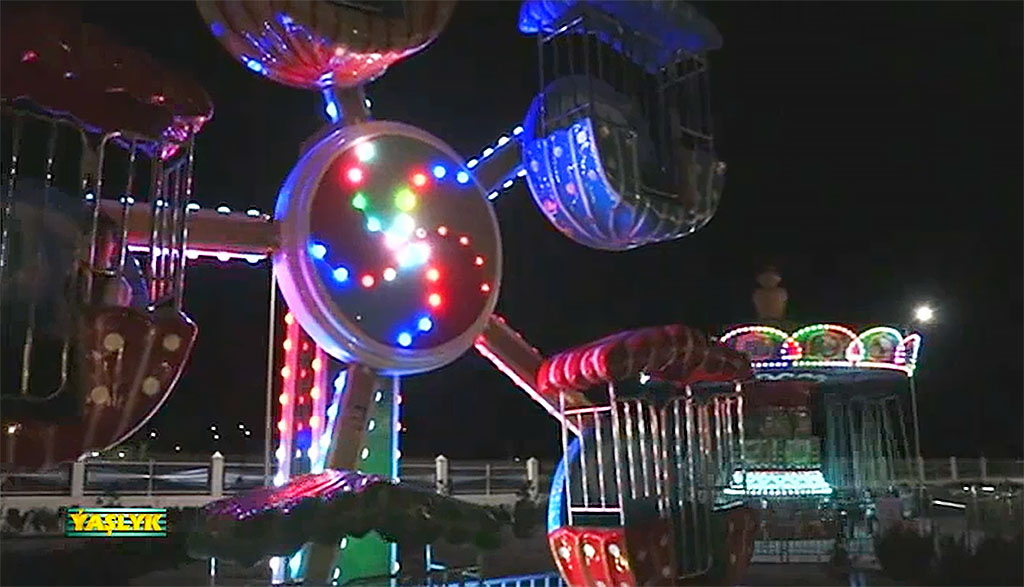 On its territory there are pavilions for recreation and various attractions with "fun slides", swings and a carousel, a children's race track, a toy store, an arcade, and a number of other structures, between which a "train" runs on wheels for young passengers. Festivities in the new park continued until dark, when its bright lights and illumination colored the evening with a shining rainbow.