During the Central Asia-China video summit, the Turkmen leader outlined a number of areas for mutually beneficial cooperation. Among them is transport interaction, which is due to specific reasons and objective interests.

For example, the project "Revival of the Great Silk Road" initiated by Turkmenistan is able to activate economic development at the continental level by revitalizing links between production, technological and industrial complexes. And this will give an impetus to socio-economic development, raising the living standards of people.

According to President Berdimuhamedov, the diversification of cooperation should become the cornerstone of the new face of geo-economics. 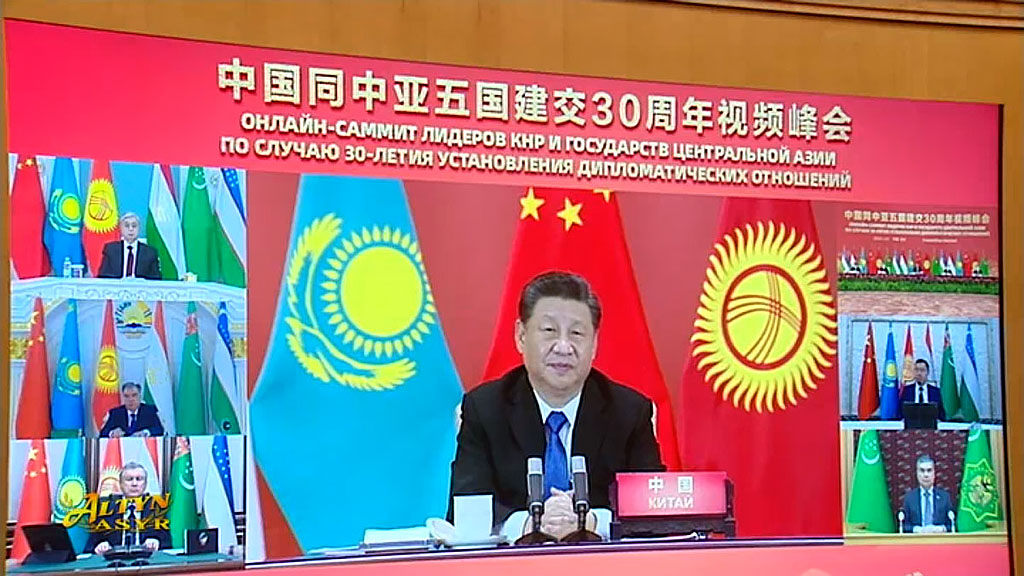 The successful operation of the strategic gas pipeline Turkmenistan-Uzbekistan-Kazakhstan-China is an indicator of a high level of multilateral mutually beneficial cooperation.

However, the head of the Turkmen state expressed his conviction that it is necessary, without stopping at what has been achieved, to expand and build up cooperation in the energy sector.

The construction of the promising 4th line of the Turkmenistan-Uzbekistan-Kazakhstan-China gas pipeline is in demand by life itself and is capable of strengthening energy security in a vast area.

President Berdimuhamedov stressed that the effective cooperation of the Central Asian states, based on the proximity or coincidence of views on solving fundamental problems, has a positive impact on ensuring global peace and stability.

Our countries, the Turkmen leader said, addressing the participants of the Central Asia-China summit, invariably stand for equality and justice in the international arena, for non-interference in the internal affairs of independent states, for the achievement of the Sustainable Development Goals by mankind, support the universal fight against the threats and challenges of the time – international terrorism, extremism, drug trafficking, participate in activities to ensure integrated security, including cyber and biosecurity.

The states of Central Asia and China are able, by joint efforts, to make a significant contribution to building trust between countries and peoples, to resolving conflicts and easing international tension, to using exclusively political and diplomatic tools in disputes and disagreements. According to President Berdimuhamedov, our countries will be able to do this using their authority and well-established cooperation mechanisms.

The modern world is becoming less stable and events less predictable. And this situation can be corrected only through the universal observance of generally recognized international legal norms and following the principles of the UN.

The Central Asian states and China stand for the creation of a reliable security system, the head of the Turkmen state said, expressing hope that China, being a permanent member of the UN Security Council, would continue to support the efforts of our countries to create conditions for sustainable development of the region.