Today, the International Cultural Forum has gathered artists, art historians and connoisseurs of beauty from the capital and different regions of the country, as well as from abroad at its hybrid platform in Ashgabat.

The forum was organized by the Turkmen side as part of an art exhibition in honor of International Women's Day that opened in Ashgabat and brought together creative people who have something to discuss and share with colleagues.

And although the general theme of the discussions was also festive and spring, the conversation touched on various aspects of such a field of culture as artistic creativity and fine arts. It was about the ways of their future development and the role of mentoring, about the continuity of traditions and the preservation of cultural values, and creative exchanges.

For example, Knar Katvalyan, a senior researcher at the Martiros Saryan House-Museum in Yerevan, spoke about the Turkmen heroines of the works of this outstanding Armenian master. Merited Artist of the Karachay-Cherkess Republic (RF) Ruslan Marshankulov devoted his speech to the mutual influence of national creative schools in the art of carving. The theme of friendship between peoples in the visual arts was tried to reveal by the chairman of the Academy of Arts of Uzbekistan, People's Artist of Uzbekistan Akmal Nuriddinov.

The art of Turkmenistan was represented at the forum by such well-known masters as the sculptor Saragt Babaev, the carpet artist Ada Gutlyev, as well as teachers from the State Academy of Arts and other educational institutions of this creative profile, the director of the Museum of Fine Arts, artists from all regions of the country. 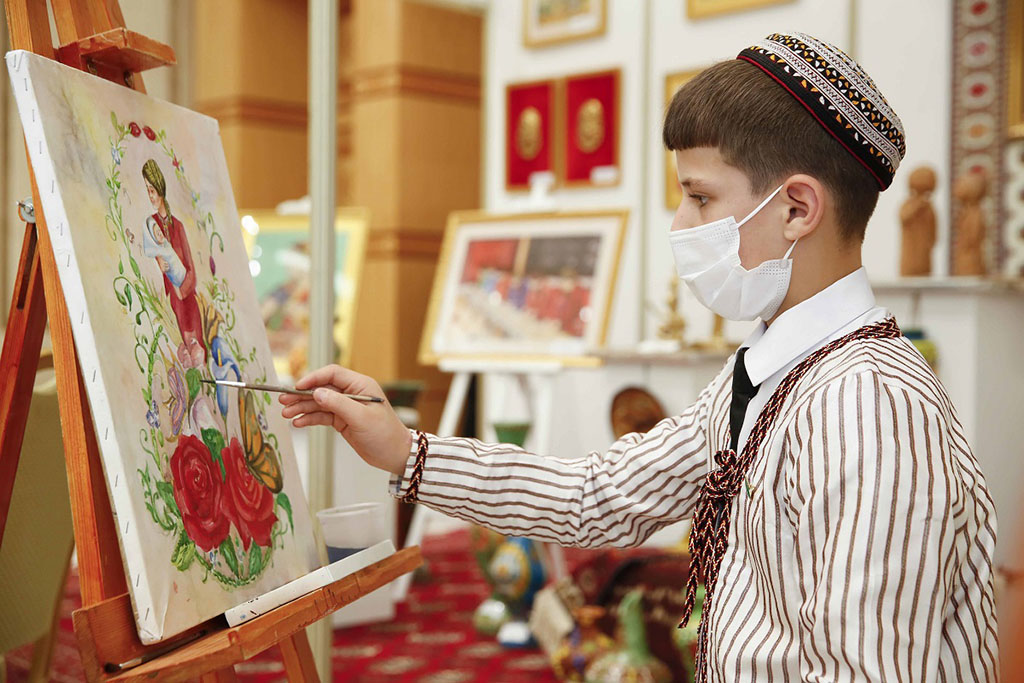 The leitmotif of the forum was the idea expressed by many of its delegates that cultural heritage and art are the most important resource of interethnic harmony, friendship and mutual understanding between peoples, peace. And we need to use it more actively in modern diplomacy.

On March 2, the forum will continue in a more scientific manner, in sections. And the art exhibition at the Chamber of Commerce and Industry can be visited until March 8.