– I want to start with the weather news, – said the EU Ambassador to Turkmenistan Diego Ruiz Alonso, speaking at the international scientific conference "Environmental aspects of hydrocarbon resources extraction", which was held today in Ashgabat.

– Last week in some parts of Europe there was a wave of record high temperatures – more than +40 degrees in Spain, Portugal and France; more than +35 degrees was in Germany, the Czech Republic, Austria. The trend is that next year we will turn on air conditioners already in late April – early May, and heating – already in October.

The Ambassador focused the audience's attention on the fact that global warming is already affecting our everyday life, and this cannot be tolerated. Also, one of the key topics of his speech was the impact of changes in ecology and geopolitics on world food security.

– According to statistics, in 2015 there were only 600 million people in the world who are hungry. I say "only" because this is the lowest figure in history. At that time we thought it was possible to eliminate hunger in the world by consolidated efforts. Unfortunately, since 2015, the trend has been reversed and now we are approaching the 900 million mark. 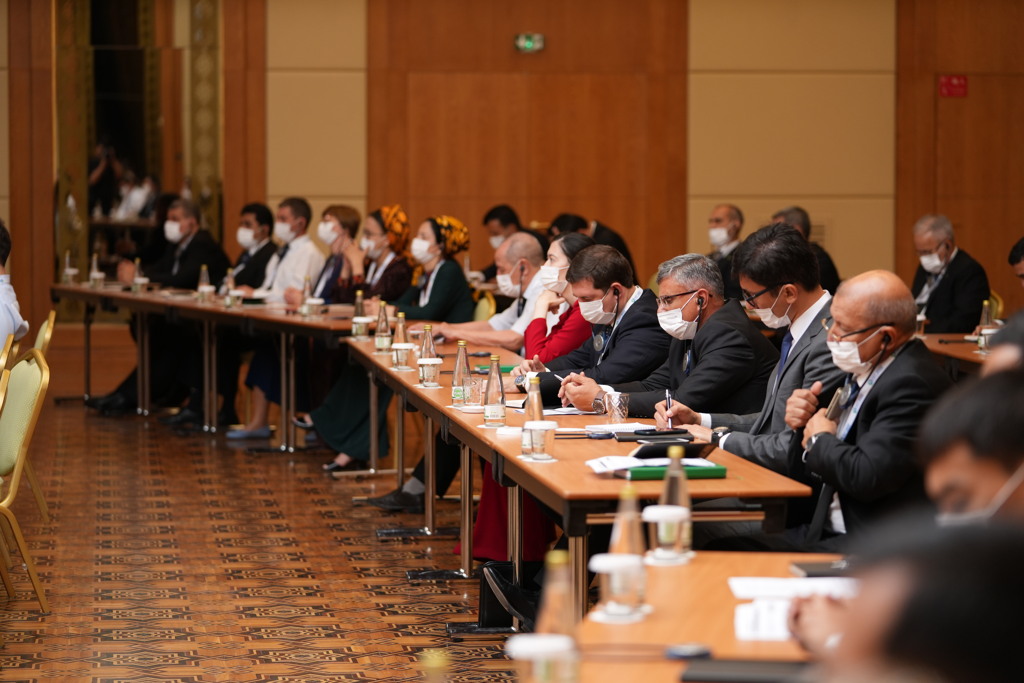 Referring to the opinion of authoritative experts, the EU Ambassador to Turkmenistan noted that climate change is one of the most important problems for the global food market. Floods, droughts, waves of high and low temperatures out of season – all this affects the distribution of food around the world.

– At the same time, everyone is looking for new energy suppliers – oil and gas. We are even returning to coal now, although we thought that coal was already a matter of the past.

Speaking about the topic of EU energy security in connection with current events in the world, Diego Ruiz Alonso noted that regardless of the situation in which European countries are today, the EU's readiness to make a complete energy "green" transition remains unshakable.

– We will not change our goals, and we will even accelerate the process of achieving them <...> And this is not only because we want to eliminate our energy dependence, but also because we consider this path to be the only right answer, the only effective response to climate change and all the tasks that are associated with it connected.

At the same time, the diplomat recalled that it is simply impossible to achieve the set goals without international cooperation, and therefore contribution to the common cause is important for all countries of the world and even for each individual.