This is a long and good tradition - the Turkmen leader, as a rule, and especially after a busy working week, in moments of deep reflection and before making important decisions, visits the equestrian complex.

Although on weekdays he often, feeling an inner need, goes to the stable, which in the last fifteen years, thanks to his efforts, has been significantly replenished with elite representatives of the Akhal-Teke breed. Therefore, it is not surprising that many of the high-ranking guests of the country, having seen graceful and frisky Turkmen horses during their visit to the equestrian complex, understand why they are called "paradise" horses.

President Berdimuhamedov visited this complex this time, however, in the middle of the week, which the same guests of Turkmenistan dubbed the real abode of "heavenly" horses. This story was shown on the Wednesday evening newscast.

As it turned out, here, in the Akhal-Teke equestrian complex, two “surprises” awaited the president. 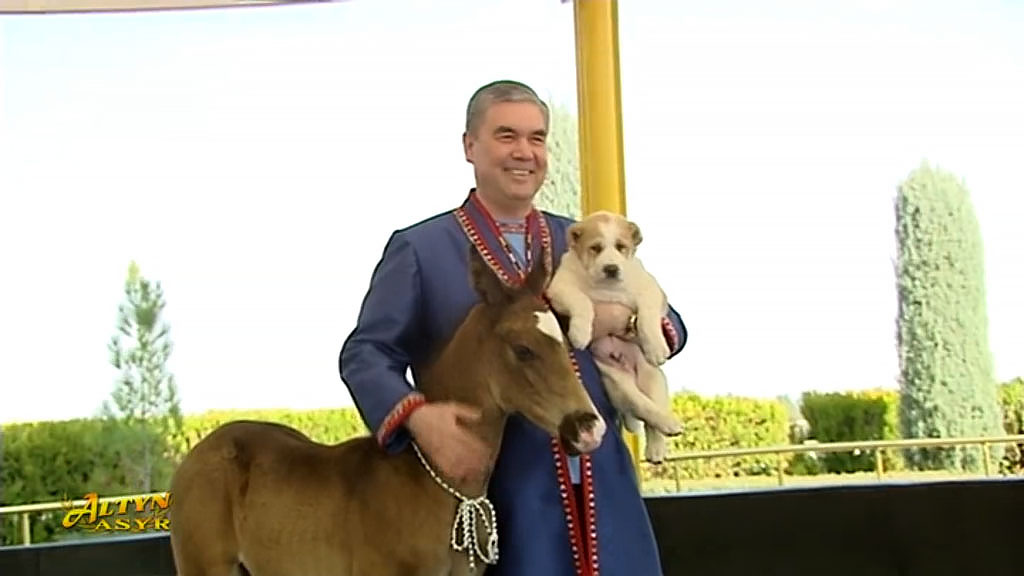 Recall that not so long ago, during a trip to monitor the construction of the administrative center of the Akhal region, the head of state visited the equestrian complex, where a newborn foal was born, which he named Zaman.

The President also gave the name Eyam to a puppy of the Alabai breed born on the same days, a representative of one of the oldest service dogs nurtured over many centuries by Turkmen folk breeders. 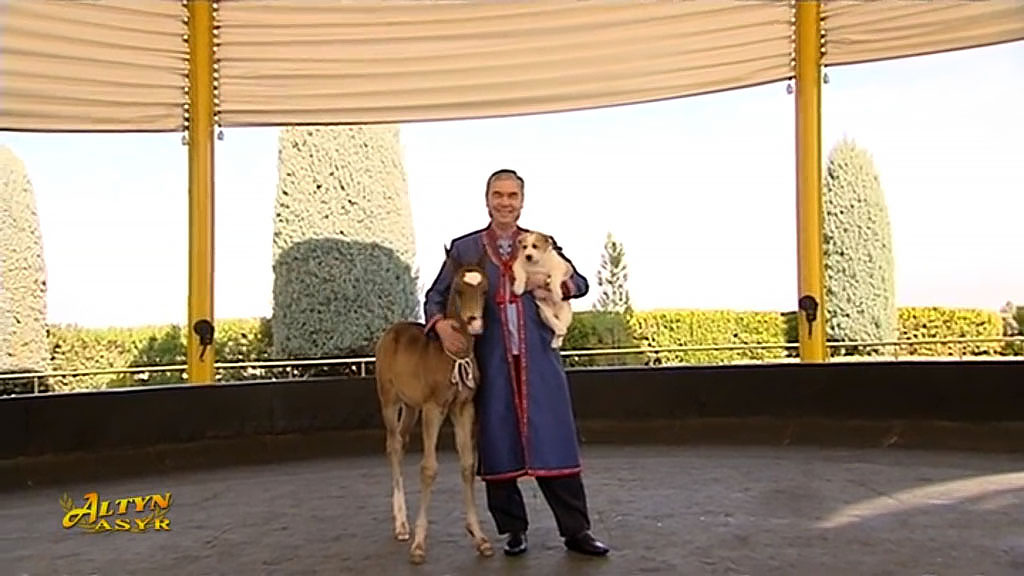 And so, during the current trip to the Akhal-Teke equestrian complex, the president was met by both the colt Zaman and the little puppy Eyam.

But, despite their "childish" age, in the foal, which is one month and five days old, one could already feel the graceful stature and playfulness characteristic of the Akhal-Teke horses.

And the puppy has the future power of a wolfhound, as well as equanimity even in front of formidable predators, which is characteristic of the Turkmen Alabai.

From everything it was clear that everyone was happy about this pleasant meeting.

...It is hard to imagine that the Turkmen leader, having visited the equestrian complex, would not saddle a horse. So this time, the president walked along the racetracks on a horse named Garashsyzlyk. 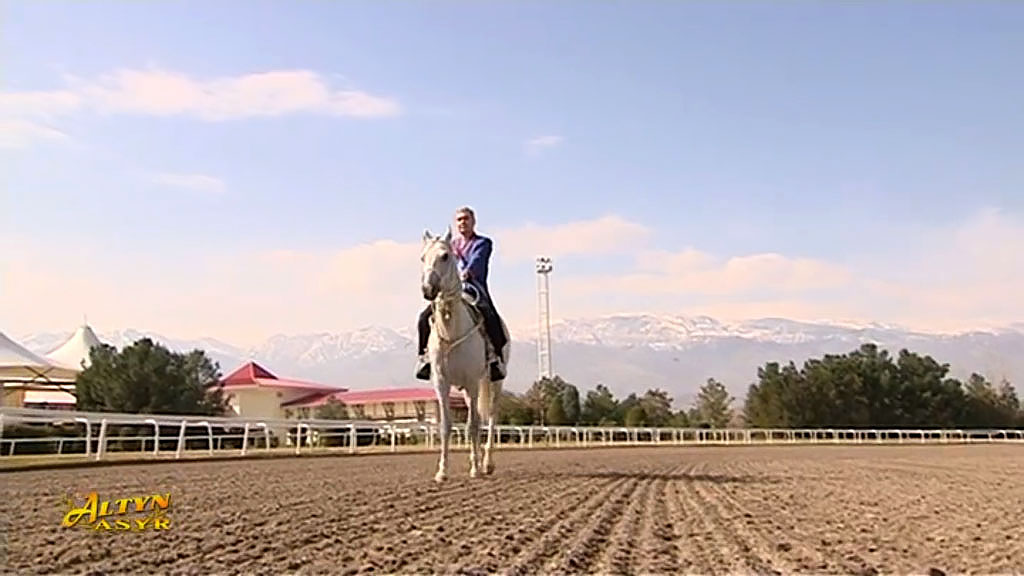 This gray-colored Akhal-Teke horse was presented to the President during the festive events dedicated to the 30th anniversary of Turkmenistan's independence.

Well, then, most likely, the main goal of the trip was achieved - the head of state in his office delved into the process of writing another book. 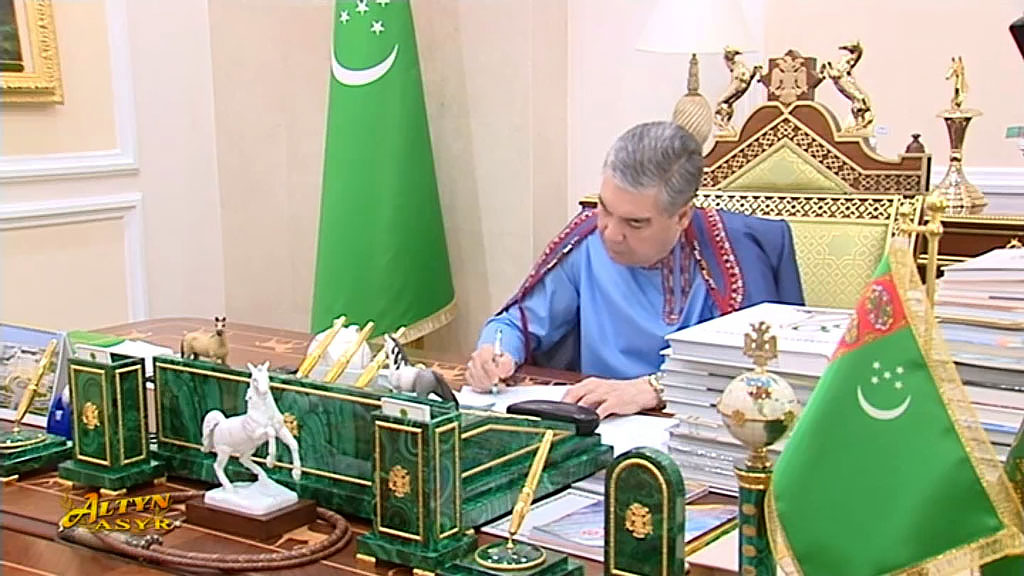 What will the new work of the President of the country be about?

Usually, the Turkmen leader, while working on a manuscript, does not talk about what his future book is about. He announces this when he puts dot to the last sentence. 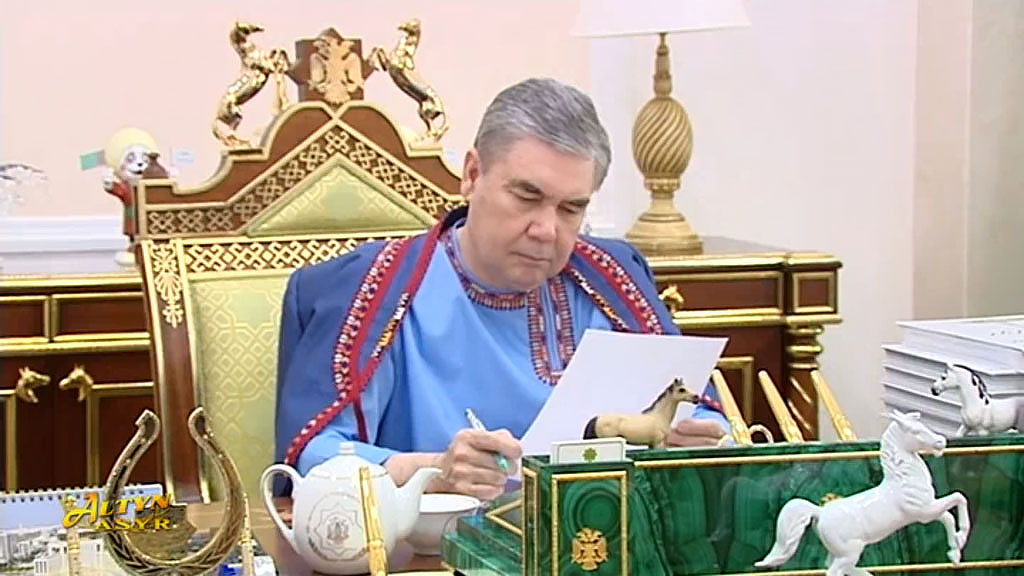 The new work, most likely, will be devoted to reflections on the path that the Turkmen people have traveled over three decades of independent development.

About the transformations and reforms that have engulfed the whole of Turkmenistan, the author of which is he, and the people are an active participant!