The award ceremony was held at the Turkmen National Music and Drama Theater named after Makhtumkuli before the concert of the Russian State Dance Ensemble "Ural" from the Chelyabinsk region.

"I have an assignment from Russian President Vladimir Putin today, and I would like to fulfill it with great pleasure," the Russian ambassador said.

The diplomat said that by decree of President Vladimir Putin, for his great contribution to the rapprochement and mutual enrichment of the cultures of the peoples of Russia and Turkmenistan, the Pushkin Medal was awarded to the artistic director of the children's ensemble of violinists "Mukam" of the special music boarding school at the Turkmen National Conservatory named after Maliyeva Harold Neymark. 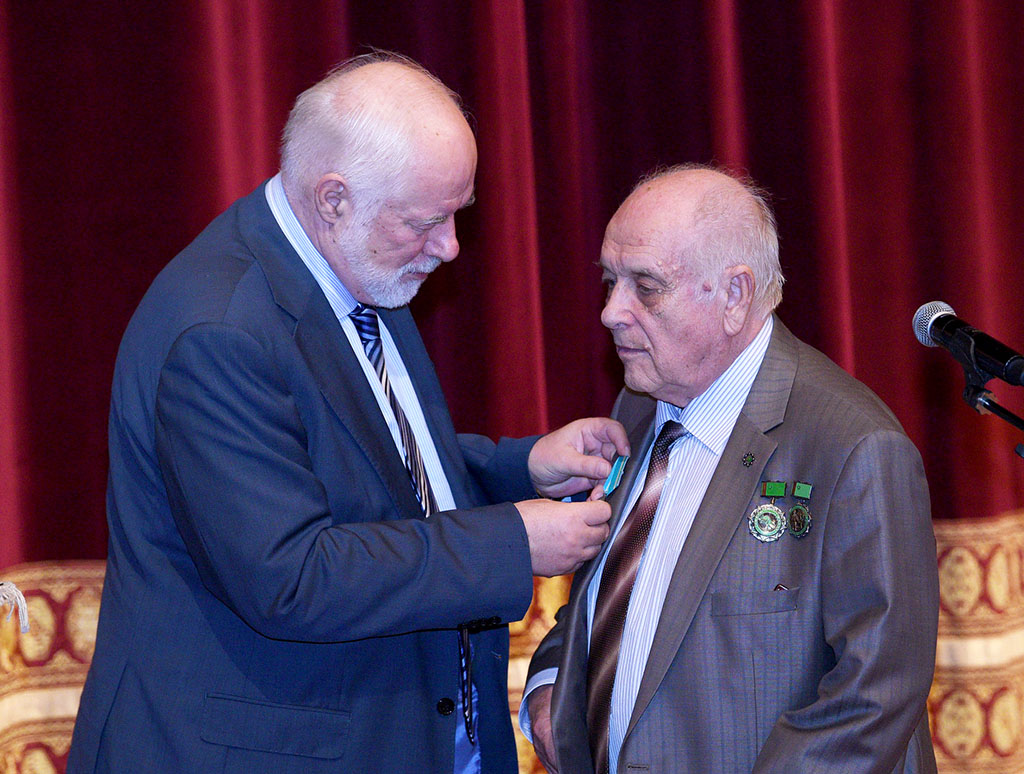 In turn, Neymark noted that every person has some moments or life periods that are remembered for a lifetime, and he is now experiencing just such a moment.

"Yesterday, our esteemed president awarded us the Golden Age State Prize, my team and me – us together. And today – the President of Russia awards me a medal. These coincidences are not everything. Now I have Makhtumkuli and Pushkin on my chest," the musician stressed.

He expressed hope that the children's violinist ensemble "Mukam" will pay a return visit to the Chelyabinsk region so that people there can enjoy Turkmen music.

"I thank our president for taking such care of the team, the Russian embassy and, of course, Vladimir Putin, who awarded me such a high award. I promise that we will continue to work and strive to strengthen friendship, creative friendship between Turkmenistan and the Russian Federation," Harold Neymark said.