On Thursday, President Gurbanguly Berdimuhamedov got acquainted with the state of affairs at new buildings in Ashgabat by flying around in a helicopter and visited a new site for laying the Ashgabat-Turkmenabat autobahn. 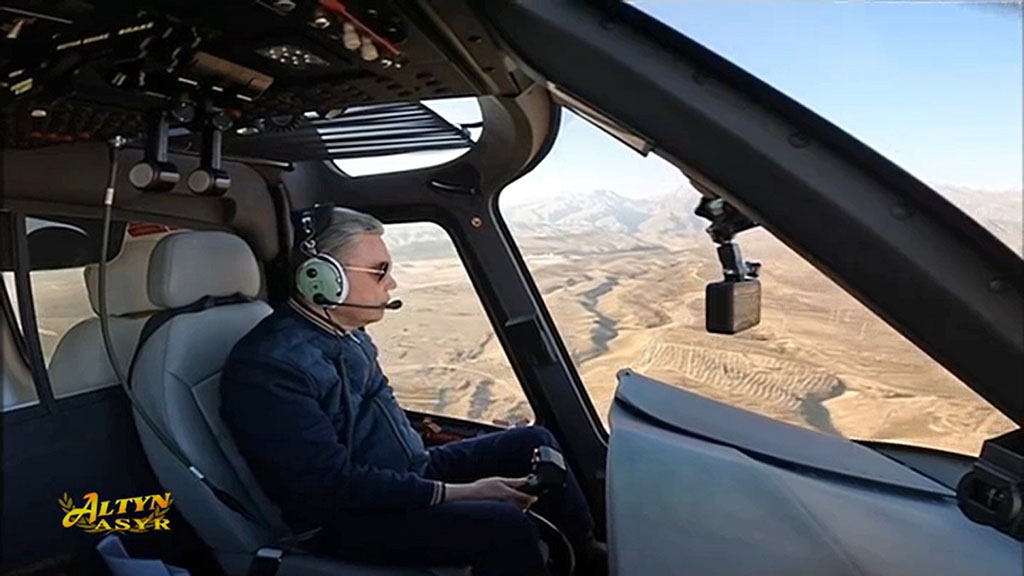 Before landing in the Babadaikhan district (Akhal region), where construction of the next section of the autobahn begins, the head of state viewed from the helicopter a grandiose panorama of the Makhtumkuli Fragi cultural and park complex, the construction of which in the southern part of the capital is entering the final stage.

The President flew around the colossal monument embodying the epic image of the great poet. Around the giant sculpture there is a vast green area, the numerous trees of which in a few years will turn the previously deserted hills into coniferous groves.

Berdimuhamedov also paid attention to the ongoing construction of mudflow protection structures near this place. This project is being implemented by the Russian company “Vozrozhdenie”.

Turning to the southwest, the president inspected the construction of the Gurtly residential area in the capital, and then headed to the north of Ashgabat, where various facilities, including a shopping and entertainment center, are being built next to the new “Karakum” hotel.

Heading to the starting point of the next section of the Ashgabat-Turkmenabat autobahn, the head of state assessed the state of Ahal farmland from the height of the flight.

Landing where the Tejen-Mary section of the Ashgabat-Turkmenabat autobahn begins, Berdimuhamedov first got acquainted with the progress of the field work of local farmers who are sowing potatoes. The head of state talked with the villagers, inquired about their concerns and the provision of material and technical resources. 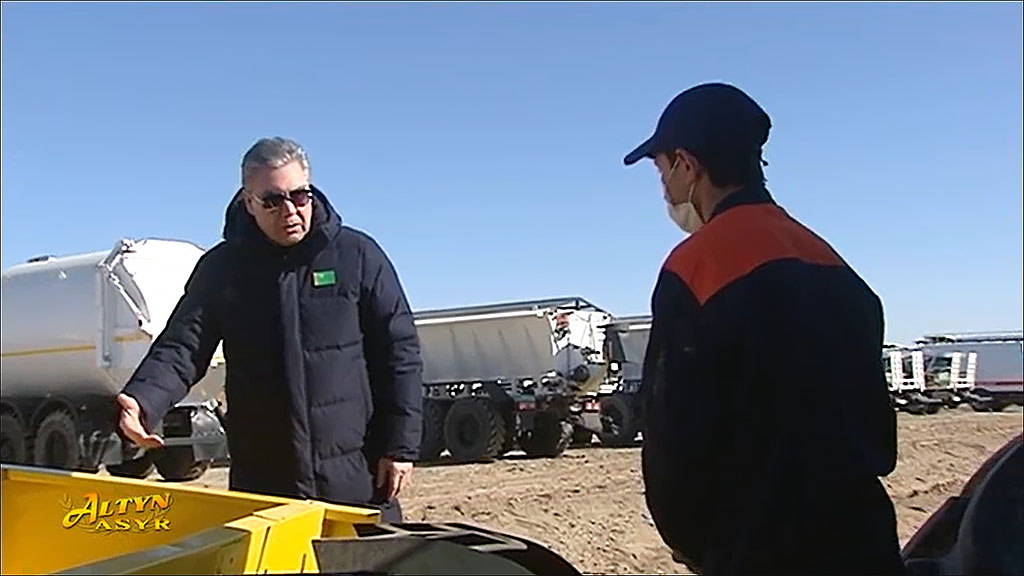 After that, the president proceeded to the autobahn route, along which special road equipment lined up in readiness to start a new stage of work. Here the head of state talked to the builders of the autobahn and wished them success in their work. 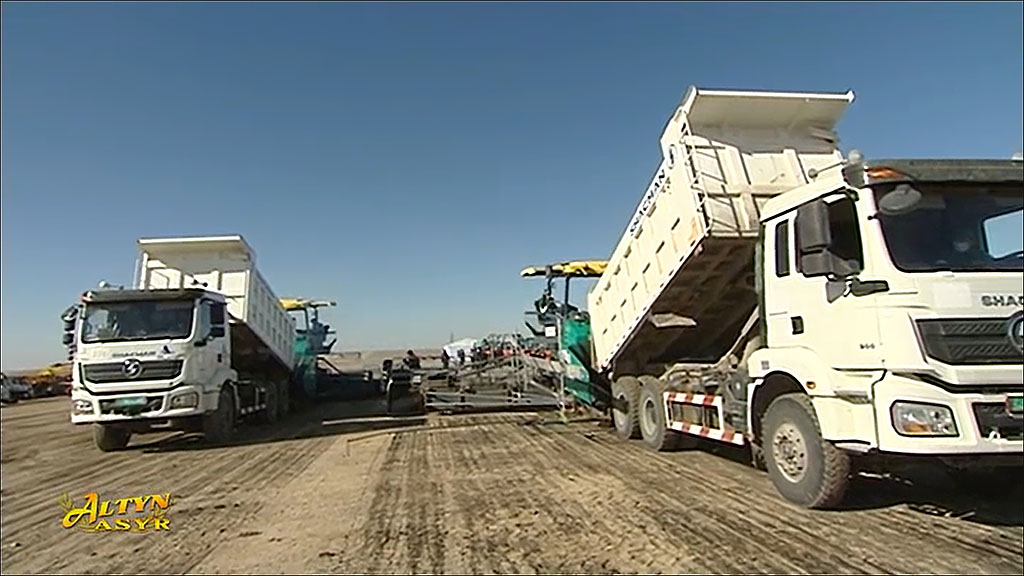 Having assessed the scope and pace of the construction of the autobahn, the President launched a new stage of work on the Tejen-Mary section, after which machines and equipment for asphalt laying began to work together. 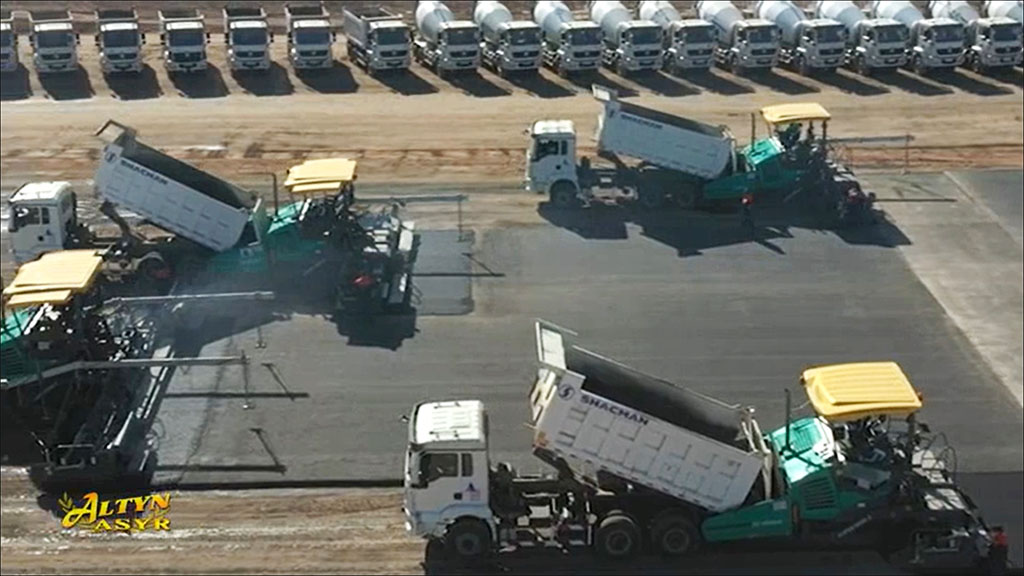 And the projects of new highways with the appropriate infrastructure were presented to the attention of the head of state. The President heard reports on the construction of the first stage of the Ashgabat-Turkmenabat autobahn and related facilities, including car service points, bridges, animal crossings, etc. 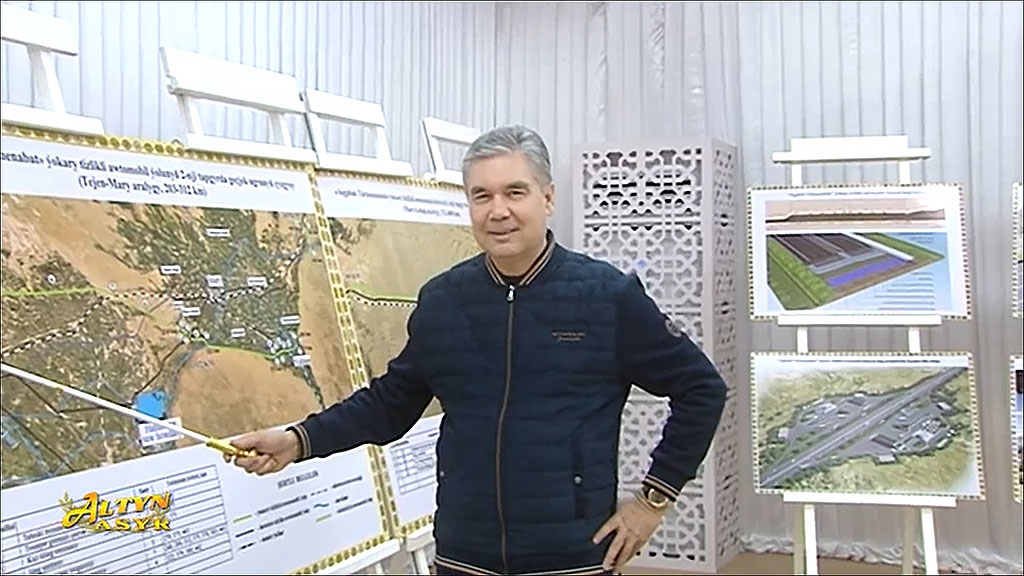 Berdimuhamedov gave instructions on the presented projects and the further construction of a high-speed highway, which will play an important role in the development of transport logistics and attract new cargo flows to the country.

During a trip along the autobahn, the president made a stop at a gas station, where he also spoke with local workers, after which he flew by helicopter towards Ashgabat.