The Permanent Mission of Turkmenistan to the UN Office in Geneva held a briefing on the priorities of Turkmenistan's foreign policy for 2022 and the coming period. The event took place on Tuesday, January 25, in the building of the Institute of International Research and Development and was organized to promote the initiative of the President of Turkmenistan "Dialogue is a guarantee of peace." 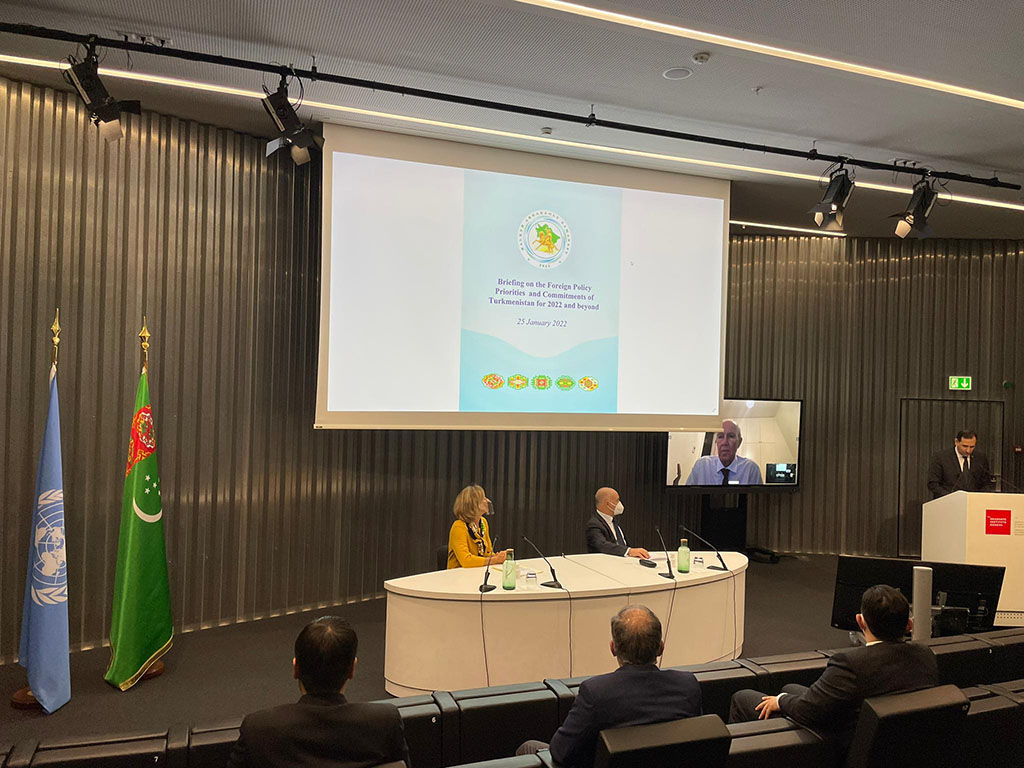 The main attention was paid to the results of 2021 - the International Year of Peace and Trust, as well as the largest international events held in Turkmenistan: the Consultative Meeting of the Heads of State of Central Asia, the 15th Summit of the Economic Cooperation Organization and the International Conference "The policy of peace and trust is the basis of international security, stability and development”, which became an important stage in the promotion of regional and international partnership. 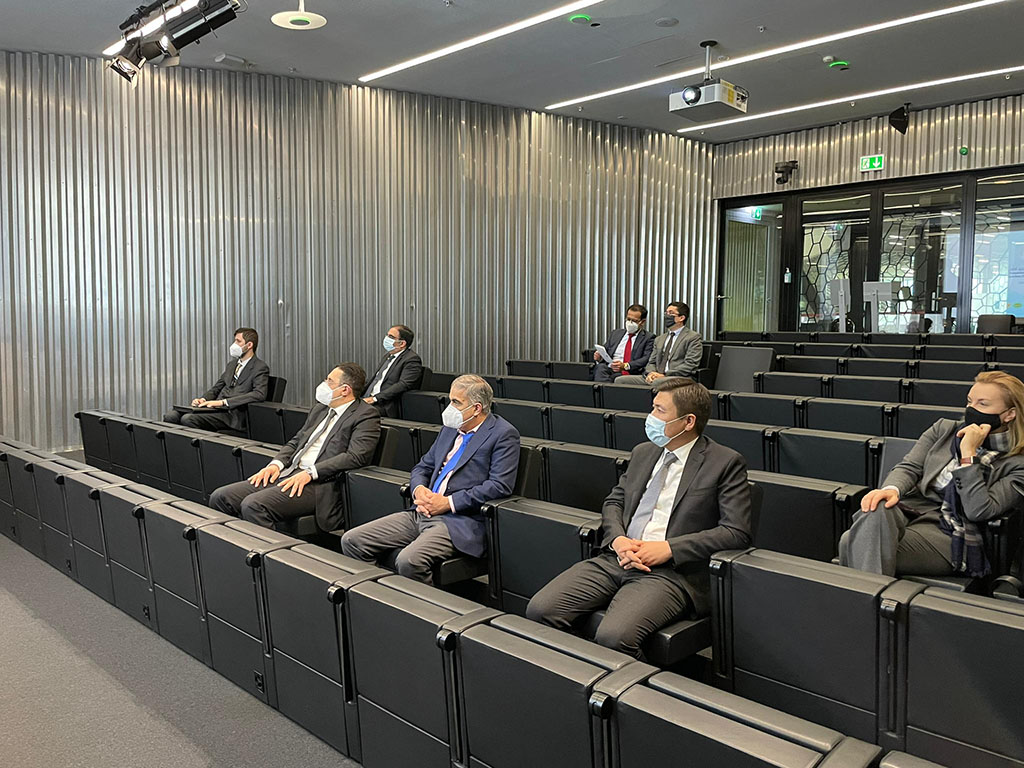 The global initiative “Dialogue is a Guarantee of Peace”, put forward by the Turkmen leader, is aimed at uniting the efforts of the international community in strengthening the traditions of peaceful and trusting coexistence of peoples, restoring true values and worldview guidelines, establishing a culture of peace and trust in relations between states.

The briefing participants were informed about the main foreign policy priorities of Turkmenistan, announced by President Gurbanguly Berdimuhamedov during the 76th session of the UN General Assembly.

Then, the ceremony of presenting the anniversary medal of Turkmenistan, established on the occasion of the 25th anniversary of the country's neutrality, took place. This award was given to current and former leaders of international organizations for their services in the development of international relations. 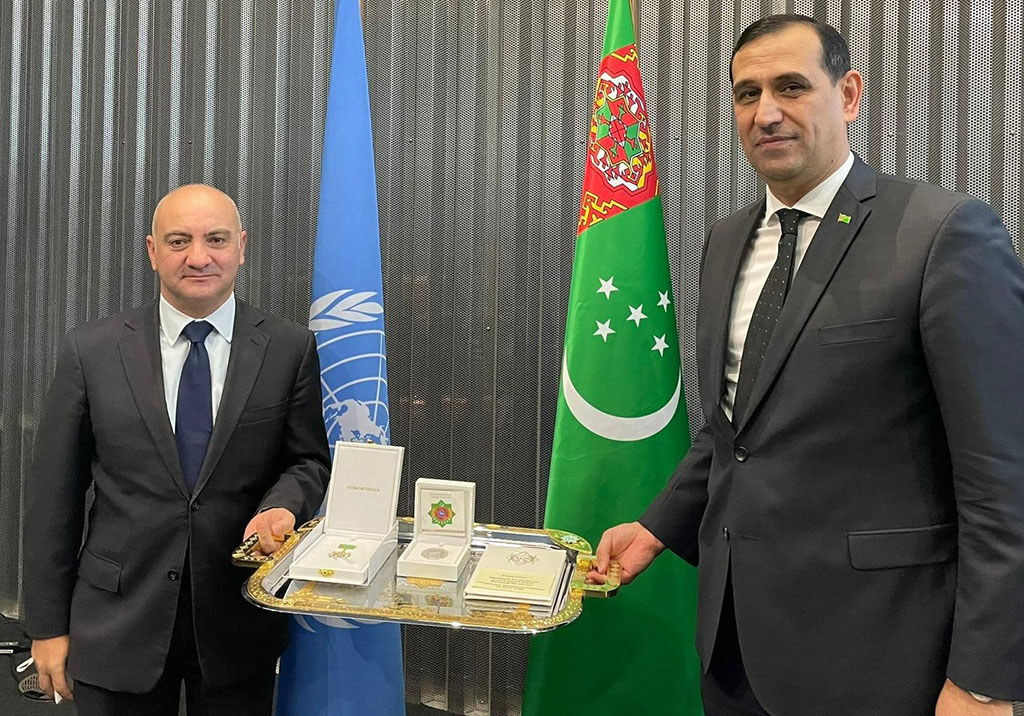 Thus, according to the decree of the President of Turkmenistan, Olga Algayerova, UN Deputy Secretary General, Executive Secretary of the UN Economic Commission for Europe, Francis Gurry, ex-head of the World Intellectual Property Organization (received the award remotely) were awarded with the Medal for the 25th anniversary of Turkmenistan's Neutrality. A medal was also presented for George Ming, Ambassador, Permanent Representative of Australia to the World Trade Organization.