The orchestra of Takhir Atayev is a young line-up. It is only three years old. But during this short period, the orchestra managed to arouse the interest and love of the Turkmen public with its daring musical projects. What were, for example, concerts dedicated to Michael Jackson or rock!

For those who do not understand what is new, I will explain. When it comes to a string orchestra (which this group is), it is assumed that it will perform all sorts of opuses from classical music, but not rock or pop, and even more so to aim at the hits of the king of pop music. Here, even from a purely technical point of view, it is difficult to do. Since first you need to make an arrangement or transcription of the notes of the same Jackson for the orchestral composition. Believe me, this is really difficult.

And naturally, the first thing I did was ask Tahir, who does the music arrangements for the string orchestra, which he conducts?

– Friends - musicians help, sometimes we make arrangements ourselves or we turn to the teachers of the conservatory. Some scores are bought or sent by our friends from other countries.

– Takhir, you, being a professional violist, suddenly decided to become a conductor. What are the reasons?

– I know the orchestra, if I may say so, from the inside. Over time, I got the feeling that I was cramped in the role of an orchestra player. In addition, I had my own vision of the interpretation of this or that work and there were many proposals for the conductors. And once, my friend, violinist Bahram Dolyev and I decided to found a collective, and this project soon found like-minded people, together with whom we brought it to life.

– You took and so easily stood at the conductor's stand?

– I studied a lot, took lessons, master classes from professionals. There was a case, I even went to Kiev to see the famous conductor Ilya Inaishvili. He taught me a lot. Also, great support and assistance to our orchestra is rendered by the vice-rector of the Turkmen National Conservatory named after Maya Kuliyeva, cellist and conductor Baymyrat Gutlymuradov.

– According to the new poster, on July 24 at the “Vatan” Cinema and Concert Hall in Ashgabat you will have a presentation of a new program called “Vivaldi - Max Richter. Transformation". To say that I'm intrigued is to say nothing at all. After all, Richter is a very famous and at the same time scandalous composer. What is he not accused of! They especially scold him for taking the music of the genius composer of the Baroque era, Antonio Vivaldi, his famous cycle "The Seasons", a work that everyone has heard, and put his own on this music. There were also critics who regarded his actions as insanity, vandalism and sacrilege! They said, wrote and shouted that this is almost the same as coming to the Louvre and drawing a mustache for Mona Lisa with a marker and signing below, as the author of the art. Tahir, why such a choice, why a bully and troublemaker composer Max Richter? 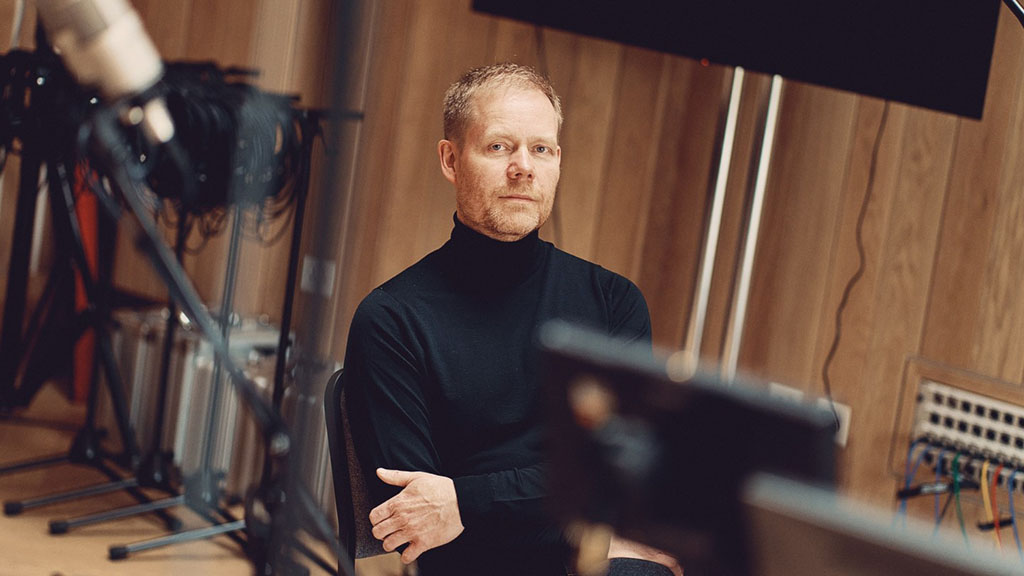 – To transform Vivaldi's composition is a shocking step by Richter, but on the other hand, it was a brilliant move. In this original way, he managed to connect musical eras. His music and Vivaldi's music mixed and became one. And, in my opinion, it sounds very good. In Richter's defense, I can give another example, when the composer also made an attempt to link two musical eras. Of course, not in such a bold way, but in a lighter version.

Joseph Haydn (the founder of the Viennese classical school) has a “Farewell Symphony”. Everyone knows that in the finale of this piece the musicians blow out the candles one by one and leave the stage. Hence the name "Farewell". At the end, only two violinists remain, they finish playing a sad melody, blow out the candles and leave in complete darkness. But the composer Alfred Schnittke (also a genius composer, but of the 20th century), in my opinion, came up with a very successful and effective theatrical technique. In his Symphony N1, the orchestra members run one by one onto the stage, sit down and begin to play. So it turns out that the musicians left the stage in the 18th century and returned to the 20th! And the audience in the hall is watching this "loop of time" from the side. Since then, the two symphonies have often been performed together on the same evening. Therefore, Haydn's "Farewell" - Schnittke is written in the posters. 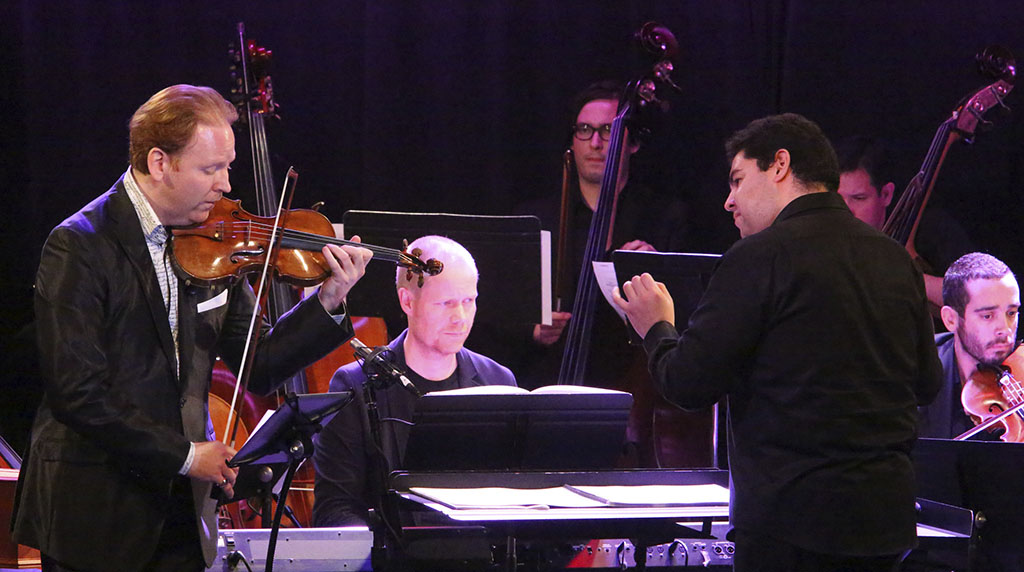 As for Richter, he was named the best composer of 2008 by the European Film Academy. He is a bold and paradoxical composer. He successfully works in the style of musical minimalism. It would seem easy to play minimalist music, but with each new rehearsal, we understand that this music is not as simple as it seems at first. It is filled with deep philosophical meaning.

I noticed that before each new rehearsal, the musicians come and say that they have discovered new facets in Richter's motives. Orchestra members share their ideas for interpreting some fragments, and thus, we get joint creativity and joint work on this piece. During the performance of Vivaldi-Richter's “The Four Seasons”, we plan to broadcast on the screen a video specially edited for this concert. The video will be in the spirit of Richter's collage clips, but made by our specialists. The orchestra, like Richter, will include electronic instruments. By the way, besides “The Seasons”, Richter also has other works. And perhaps we will also perform them someday.

– Are they also startling?

– His works are different. But I really like “Sleep”. Richter created this work in consultation with a neuropsychologist - a specialist in the field of studying the various phases of sleep in the human brain. And parts of this piece fully correspond to the active and calm phases of sleep. The “Sleep” takes over 8 hours. During this time, tired or falling asleep musicians are replaced by others. And in the audience hall itself, beds are installed for the listeners. By the way, you can come to the concert in pajamas. Concerts usually take place in the evening, for example 10:00 pm to 6:00 am or from 00:00 am to 8:00 am. Listeners are expected to fall asleep to this music. This piece is very popular and performed all over the world. 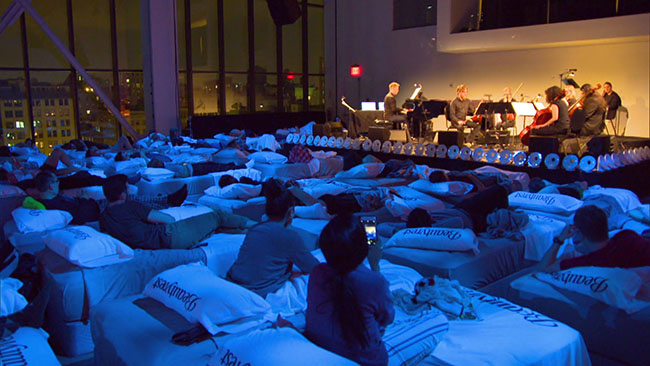 – Would you undertake to perform this piece?

– Why not in one of the next concerts? After all, the motto of our orchestra is "Experiment!" We try to play music that is little known, we look for compositions that are different from others.

– Who are your listeners? Who are all these experiments for?

– We, of course, are glad to everyone who comes. But we focus mainly on young people. We attract, so to speak, "new, fresh ears." I see some educational meaning in the activities of our orchestra. It is necessary to educate young people musically, to instill good taste and interest in art.

– Is it true that you had concerts when the orchestra performed without a conductor? 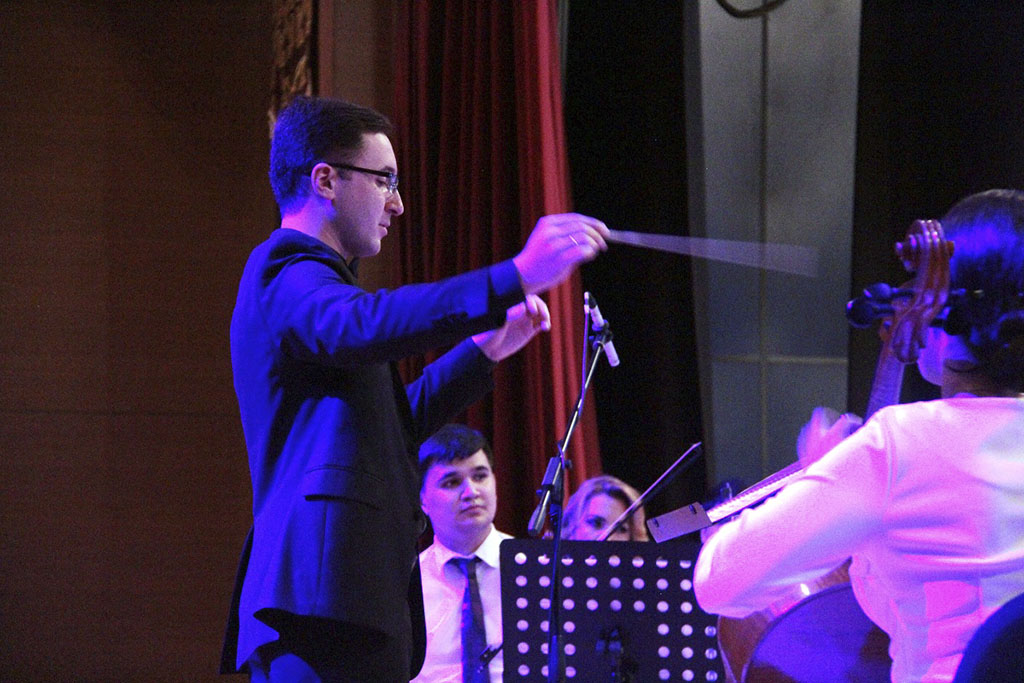 – You are universalist. You play yourself, you conduct yourself.

– I have not yet mastered the technique of eyebrow conducting, as Leonard Bernstein did, but I promise to master it.

– So, the concert “Vivaldi-Max Richter. Transformation” will take place on 24 July. Tell us a little about other concerts planned for the near future.

– There will be two concerts in August. One of them is "Rock Concert 2". This is a continuation of the first rock concert, which was a great success. And we, for the third time, at the request of our listeners, will repeat the concert dedicated to Michael Jackson.