President Serdar Berdimuhamedov on Wednesday visited a new industrial facility built in Ashgabat for the maintenance of power equipment, where he took part in the launch of the first such production in Central Asia.

The service center, located in the Buzmeinsky district, will allow for high-quality, high-tech maintenance and overhaul of installations and units involved in power plants and other enterprises of the country's energy system, including General Electric gas turbines.

Speaking at the solemn event on the occasion of the opening of the Center, Serdar Berdimuhamedov noted that new power plants are operating in all regions of Turkmenistan, the implementation of other major projects in the energy sector continues, the construction of an internal ring power line, as well as the Turkmenistan-Afghanistan-Pakistan transmission line is underway, the volumes and geography of exports of Turkmen electricity are increasing and diversifying. 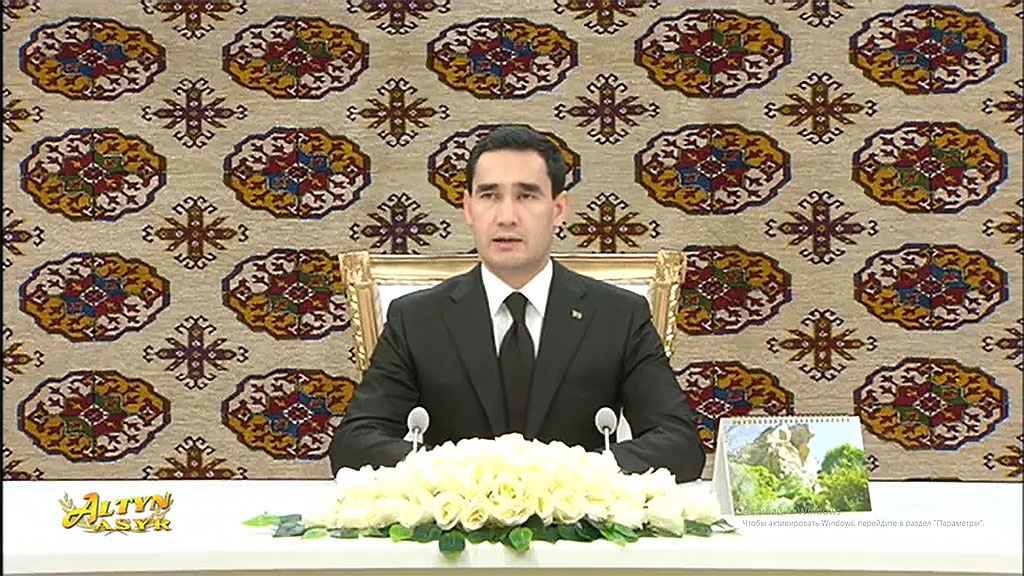 Therefore, the new Service Center is very important for the industry, it will reduce the time and costs for equipment repair services that will not need to be sent abroad, and will create conditions for the emergence of domestic highly qualified specialists of this profile.

The center, built by the Turkish company Çalik Enerji, also meets environmental requirements, advanced technologies of the American company General Electric are introduced here. More than 120 employees who have previously completed internships abroad to expand their competencies will work at the new enterprise.

The head of Çalik Holding, Ahmet Chalik, also spoke at the ceremony, stressing that the new energy service center in Ashgabat is the most modern in terms of equipment among similar facilities in the world.

The celebration was attended by the head of the European division of General Electric, Bris Raizin, who announced the issuance of a certificate for the use of GE technologies to the new production complex.

From the British company The London Energy Club, its representative was awarded a certificate confirming that the new enterprise in Ashgabat is an advanced engineering facility and the first service center of this profile in Central Asia.

The Fraunhofer German Institute of Energy Economics and Energy Systems Technology was awarded a certificate for the introduction of sustainable and advanced technologies in the new center.

And the Austrian division of a group of international certifying expert organizations that monitor product safety has issued a certificate of high quality for the construction of the Ashgabat service center for the maintenance of power equipment.

The center was awarded another certificate - as an environmentally friendly facility that does not harm the environment – from the German University of Duisburg-Essen, one of the most prestigious universities in the world, the leading direction in which is "life sciences and medicine".

The President of Turkmenistan inspected some sections of the new production, visited its workshops and got acquainted with innovative equipment, machines with software, etc. There is also an industrial robot FANUC for intelligent operations.