The promotion of digitalization processes in Turkmenistan was the main topic of the meeting of the country's government on Friday. President Serdar Berdimuhamedov heard the accounts of the Deputy Prime Ministers on this issue via videoconference and assessed the work done to create a digital landscape in the sectors of the economy and other spheres of the life of the state.

As reported at the meeting by the Director General of the Agency for Transport and Communications under the Cabinet of Ministers Mammetkhan Chakiev, at the current, second stage of digital transformation, covering the period 2020-2023, the intensive use of information and communication technologies in the state system continues, in particular, the range of capabilities of the public services portal of Turkmenistan is expanding. At the second stage, it is planned to launch the full-fledged functioning of the "Electronic Government".

In parallel with the expansion of the digital space, work is underway to ensure cybersecurity. In this regard, it was proposed to establish a special commission under the Cabinet of Ministers to classify the importance of information infrastructure facilities.

Serdar Berdimuhamedov approved this proposal, and also signed a resolution "On Approval of Standards for the Protection of Communication Lines."

During his report, Vice Prime Minister for Financial and Banking Affairs Muhammetguly Mukhammedov informed about the preparations at the Ministry of Finance and Economics for the introduction of an electronic platform for public purchases and a similar format for auctions for the privatization of state property. 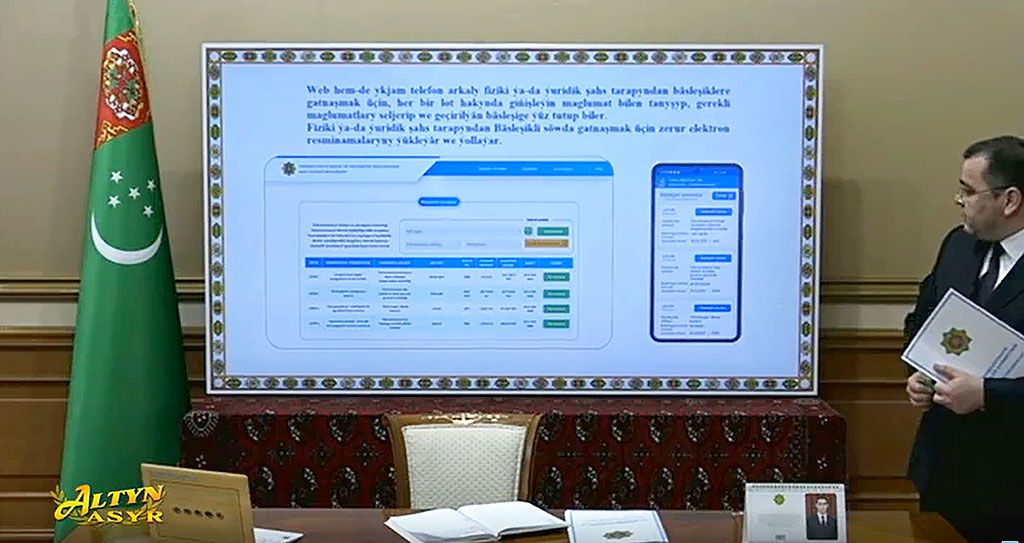 He also reported on the development of Internet banking services and online payments. In particular, several more banks will introduce such services for legal entities and individual entrepreneurs: Halkbank, Daikhanbank and Senagat Bank.

The President, instructing the Deputy Prime Minister to revise a number of regulations of the Tax Code, update some tariffs and types of taxes and submit proposals on this matter within a week, noted the need for wider use of electronic control in this system.

Deputy Prime Minister Shahym Abdrakhmanov reported on the progress in the digitalization of the management of structures and facilities of the fuel and energy complex, including digital monitoring of consumption, trade and settlements, as well as production processes.

Deputy Prime Minister Charymyrat Purchekov reported on the sectors of the construction and industrial complex, talking about the technologies introduced into their activities that allow creating a digital profile of the domestic industry and promoting its positions in the international market through information and advertising activities on the Internet and e-commerce.

Deputy Prime Minister Chary Gylydzhov, reporting on the digitalization of the trade sector, the textile industry, the activities of the Union of Industrialists and Entrepreneurs of the country, spoke about the expansion of online services in these sectors, including trading on the State Commodity and Raw Materials Exchange.

During the meeting, Deputy Prime Minister Sapardurdy Toylyev reported on the digital reorganization of education, science and the healthcare system, Esenmyrat Orazgeldiev who oversees the agro-industrial complex reported on new technologies in the agricultural industry.

Deputy Chairman of the Cabinet of Ministers, Foreign Minister Rashid Meredov reported on the use of digital technologies in the activities of Turkmen diplomacy, which was facilitated by the opening of a digital diplomacy department in the central office of the Ministry of Foreign Affairs, targeted measures to train and improve the skills of relevant specialists. The Foreign Ministry of the country is also working to provide consular services online. 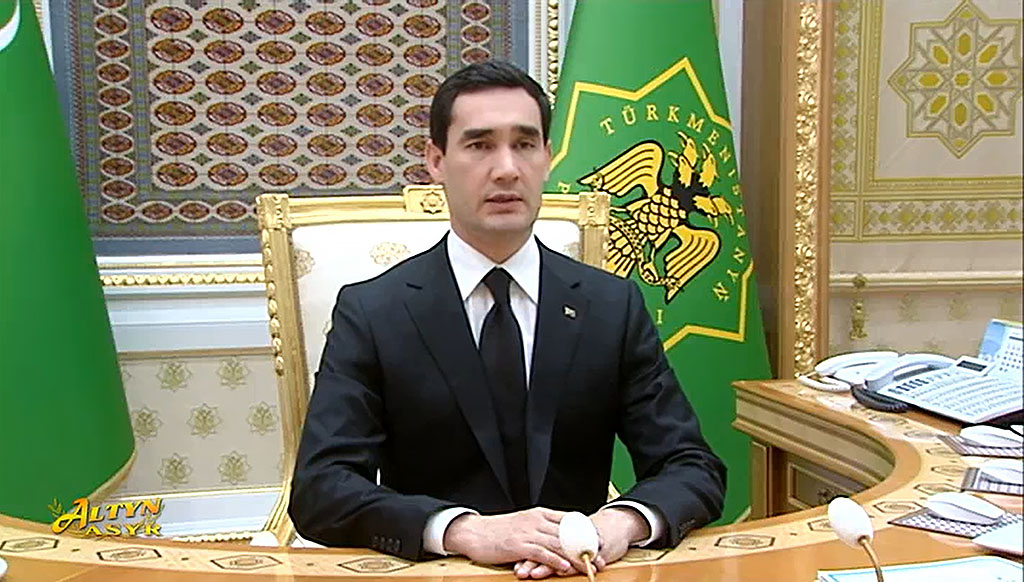 Having heard the accounts of the leaders, Serdar Berdimuhamedov stated that the digitalization processes in the country do not correspond to the proper level. The President expressed dissatisfaction with the activities of the Director General of the Agency for Transport and Communications Mammetkhan Chakiev and reprimanded him, demanding to correct the situation.